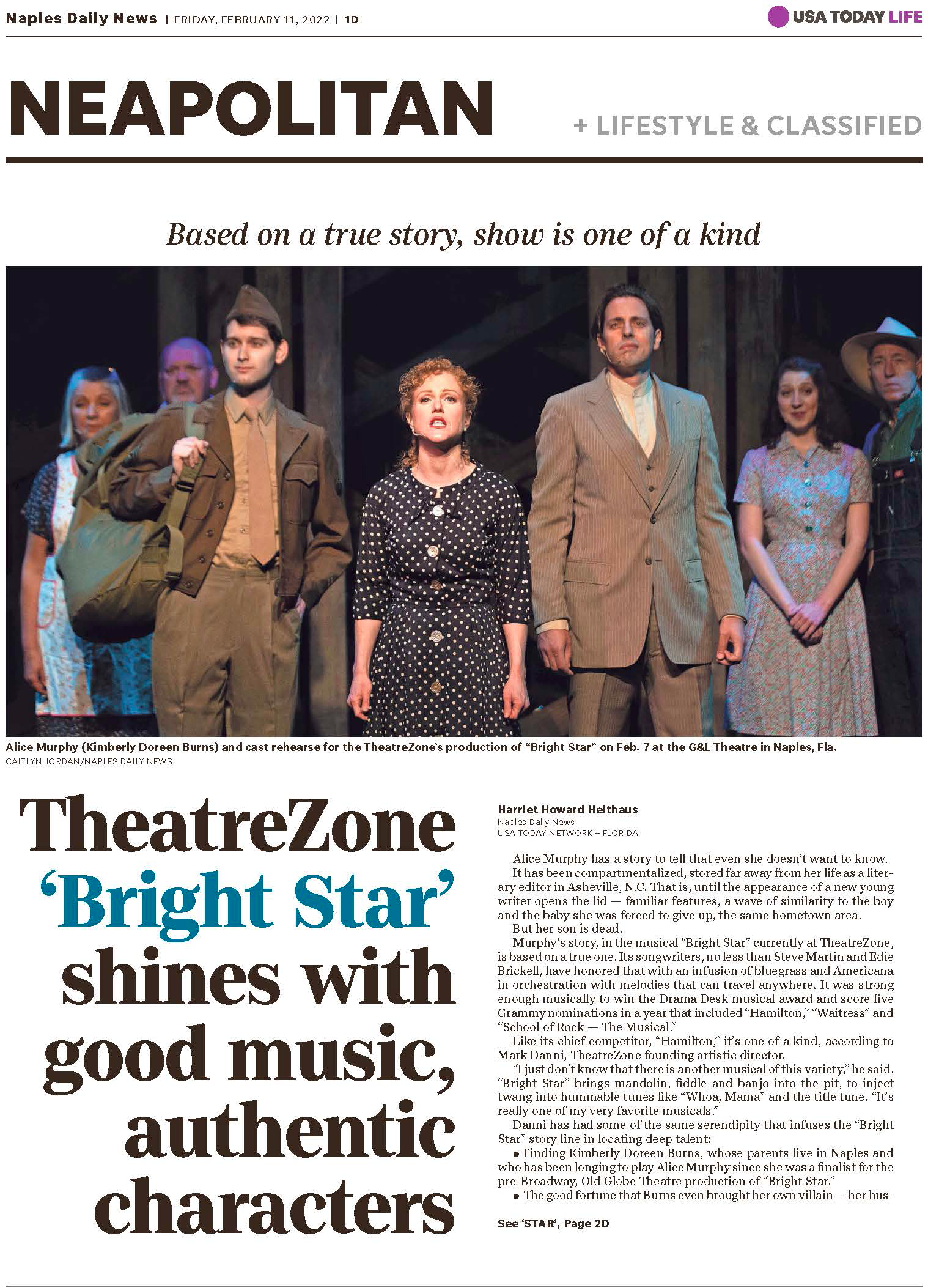 Alice Murphy has a story to tell that even she doesn’t want to know.

It has been compartmentalized, stored far away from her life as a liter-ary editor in Asheville, N.C. That is, until the appearance of a new young writer opens the lid — familiar features, a wave of similarity to the boy and the baby she was forced to give up, the same hometown area.

But her son is dead.

Murphy’s story, in the musical
“Bright Star” currently at TheatreZone, is based on a true one. Its songwriters, no less than Steve Martin and Edie Brickell, have honored that with an infusion of bluegrass and Americana in orchestration with melodies that can travel anywhere. It was strong enough musically to win the Drama Desk musical award and score ﬁve Grammy nominations in a year that included “Hamilton,” “Waitress” and “School of Rock — The Musical.”

Like its chief competitor, “Hamilton,” it’s one of a kind, according to Mark Danni, TheatreZone founding artistic director.

“I just don’t know that there is another musical of this variety,” he said. “Bright Star” brings mandolin, ﬁddle and banjo into the pit, to inject twang into hummable tunes like “Whoa, Mama” and the title tune. “It’s really one of my very favorite musicals.”

Danni has had some of the same serendipity that infuses the “Bright Star” story line in locating deep talent:

Thompson, a former tour bandmate of Danni, also has Southern roots. He grew up in Alabama and Mississippi, where family members would bring out their musical instruments for impromp-tu hootenannies: “It’s in my DNA,” he said.

“And this one in particular — the way it’s set up with the banjo, ﬁddle, mando-lin and guitar — is very beautiful. The combination of colors and sounds gives it authenticity.”

Thompson, who studied classical music at Juilliard, also thinks the music stands on its own, with numbers American songbook singers are likely to start incorporating into their repertoire.

“You could just add horns and winds. Those melodies are very beautiful. This is good writing.”